About 6 months ago I bought the Libbey craft beer glass set after I moved into my new house. I didn’t have any beer glasses at all except a pint glass I bought at Save Mart, and I wanted to get some glasses that were appropriate for a wider range of styles of beer. Libbey’s 6 piece set seemed a perfect fit!

As part of my specialty beer glassware review series, I bought the official stout glass that Rogue and Left Hand did with Spiegelau recently. I was really excited to try this glass because dark beers have always been a favorite of mine, and I had such a good experience with the IPA glass that I wanted to try this one out!

Beer itself has a history of roughly 9,000 years, but for the majority of this time, hops were not used! The very first mention of hops in relation to beer and brewing in recorded history was in 822 AD, in a set of rules for a monastery. These rules are the earliest evidence that hops was used in brewing, but there was no indication of what precise role hops played. Now, in many countries, a drink brewed without hops simply cannot be called beer!

Since I’ve been stocking my cabinets with all the great beer glasses I can find, I couldn’t resist buying the enigmatic and enchanting TeKu. Advertised as the best beer glass in the world, I had to try it. It was a bit on the pricey side, but for something that you can use over and over again, it was an easy buy decision for me. 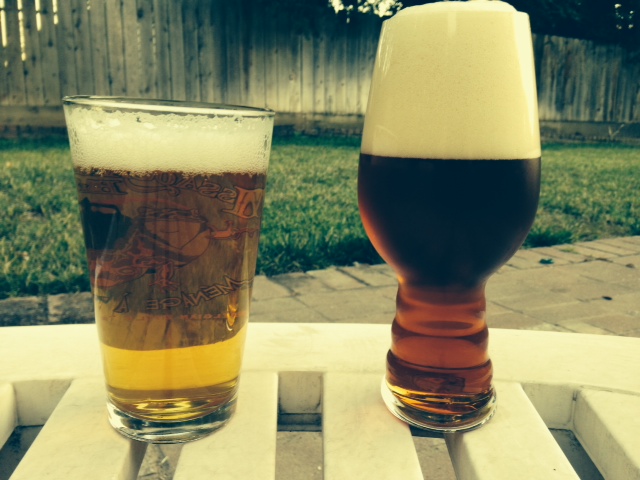 Since I’ve finished a lot of indoor projects on my new house and my kitchen is pretty much done, I’ve been buying up specialty beer glasses. One of these that I was especially excited to get a old of was the IPA glass that Dogfish Head and Sierra Nevada created with Spiegelau. Let’s see if it’s all it’s cracked up to be.